The bill bans conversations of sexuality and gender in classrooms grade K-3. It also bans books and queer authors, and keeps younger students from expressing their gender identity in schools.

More than twelve states across the US are now considering legislation that will mirror Florida’s new homophobic and transphobic law.

While right-wing extremists purport that it is for the safety of children and students, many advocates and students themselves argue that the bills pose a grave and serious threat.

Specifically, young people who are a part of the LGBTQ+ community already have some of the highest suicide rates in America. These bills, on top of general queer erasure in schools, will only exacerbate this existing epidemic and impact children not just in Florida but all over the world.

The Florida law can also prohibit transgender children from transitioning medically, causing parents who seek to provide their children with such resources to be labeled as criminals and sent to jail just for trying to help their child be themselves and comfortable in their skin. So what are students doing about it?

Tik Tok user @aidyn_speaks used her platform to call upon high school students. The call was for a national walkout on Apr 1, 2022. She called for people to step up in their schools, people who are willing to organize and lead the walkout. Feeling inspired and called upon, Lincoln College Prep Academy (LCPA) student Cara Gosnell (she/her) stepped up. Here are some things she had to say in our interview:

What was the process like in making this protest happen?

“It was a lot of compromise between what I wanted and what the administration would allow.”

What did the passing of the bill mean to you? And how did that motivate you?

“When the bill passed it made me want to do the walkout more. It made me so upset when it got passed, considering all the work that went into preventing it from passing like positions and such it made me more passionate to do the walkout. It’s crazy that it’s so vague, they messed up the way it was written so technically you can’t even talk about or show heterosexual relationships.”

How does it feel to have the support of LCPA students behind you?

“It’s really nice to know that there are people behind you and that are willing and supportive. I was surprised at the amount of support I got but I’m glad people are just as excited and determined as I was.”

Gosnell was very hands-on during this whole process and with the support of students from the Gender and Sexuality Alliance the walkout ended up being a success. 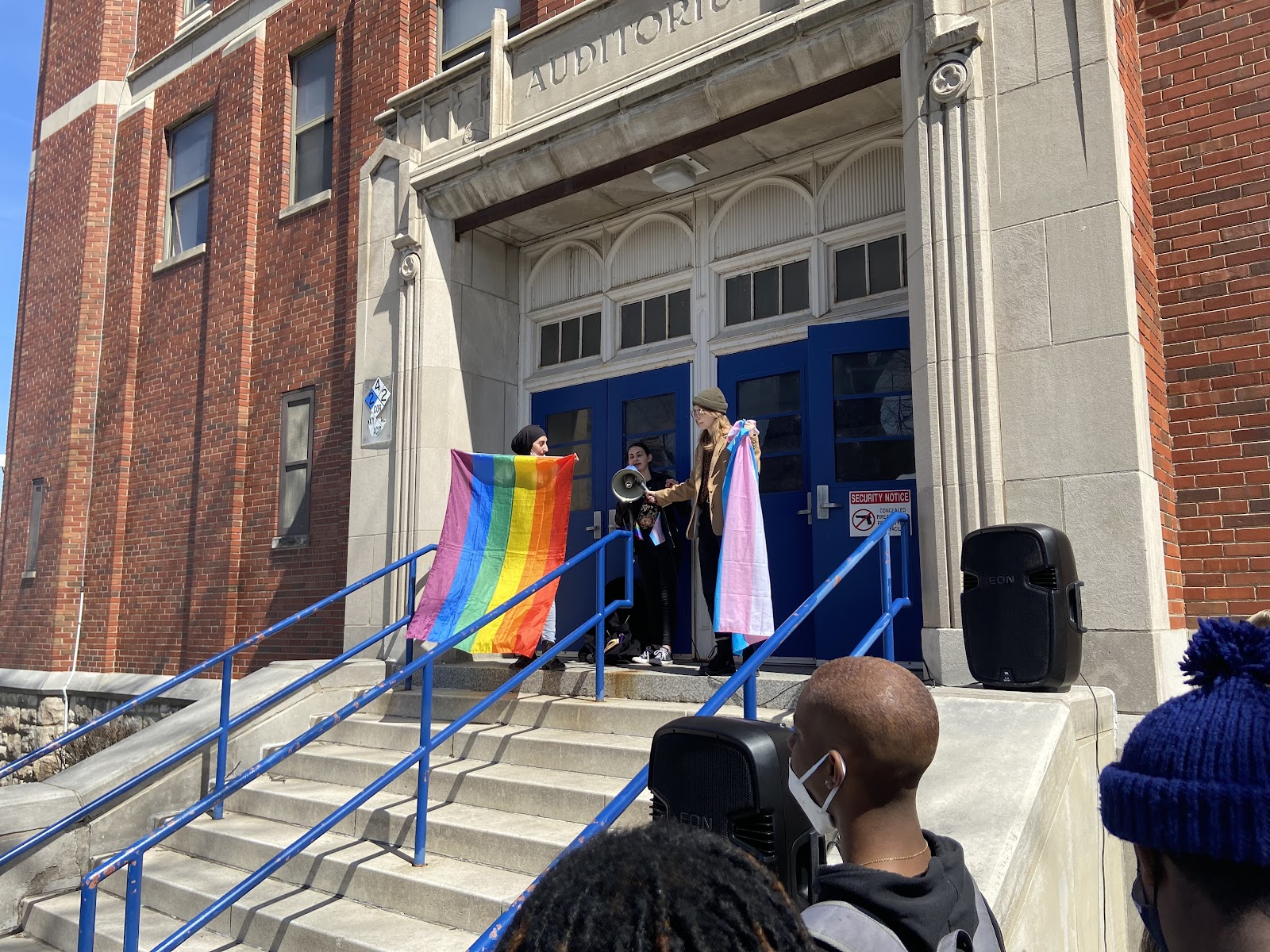 The students who helped put this together were all a part of LCPA’s Gender and Sexuality alliance. “What motivated you to help out?” I asked GSA member Joanne Strait (she/her) “Well I heard that there was a GSA and I felt like I needed to help out….the queer community means a lot to me i’ve made a lot of friends who are like me and its nice to not feel alone and knowing there are people like me.”

This walkout was a wonderful feeling. It made me feel like as a whole student body we were unified for one cause. I was surprised by the turnout and the support and I’m really grateful for the opportunity to know these leaders and I’m excited to see what they have in store for the future.

What can you do to support queer youth

Here are some links to places where you can donate or just collect more information:

Smart, brief, and straight to your inbox